Islamabad (Pakistan) Oct 07: Fresh from a surprising 64-run victory in the first T20 of the three matches series against Pakistan on Saturday night, dark horses Sri Lanka must be high in morale to repeat the performance when they meet the hosts in the second tie at the Gaddafi Stadium here on Monday night to take an unbeatable 2-0 lead.
The stunning victory in the opener was not expected from the inexperienced Sri Lankans against World No.1 Pakistan. But the visitors with their well-disciplined bowling and fielding and thanks to good knocks from top three batsmen Danushka Gunathilaka (57), Oshada Fernando (33) and Bhanuka Rajapaksa (32) managed a fighting total of 165-5 in 20 overs.
The Pakistan top order, in contrast to their Sri Lankan counterparts were back in the pavilion at a score of just 22 runs on the board and Pakistan succumbed to the pressure to be all out for just 101 with 14 balls left giving Sri Lanka their first T20 victory against Pakistan in six years.
For Sri Lanka skipper Gunathilaka, the second T20 will be about putting on display a similar show and seal the series for the visitors.
"We will try to win tomorrow's match to get an unbeatable lead in the series," the left-hander said during a press conference on Sunday.
"Our team comprises on youngsters and we have learnt a lot on this tour and our target is to win the series," he said after a three-hour nets session at the Gaddafi Stadium on Sunday.
Despite Pakistan's disastrous losson the field, the crowd and atmosphere at the Gaddafi Stadium was definitely a win for the hosts and Gunathilaka did not reserve his comments regarding his delight over visiting the country.
"I am happy about coming to Lahore where we have received memorable love from Pakistani fans," he said.
MISBAH DEFENDS SELECTION
Pakistan were criticised for fielding a new-look team as compared to the one which played the One-day International series in Karachi with the controversial batsmen Ahmad Shehzad and Umar Akmal replacing Fakhar Zaman and Haris Sohail.
However, Pakistan's chief selector-cum-head coach defended his decisions and said giving a chance to Shehzad and Akmal to prove themselves was the right one, hinting he might stick with the same 11 for Monday's fixture.
"When you make changes in the team, sometimes it effects the performances and we will try to give proper chances to the players to prove their talent irrespective of criticism," Misbah said.
"We have given the chance to Umar for his performance (in the domestic circuit) and hopefully he improves his batting. As both Umar and Ahmad are selected after a long period they will take some time to settle," he said.
Misbah also defended skipper Sarfraz Ahmed's decision to bowl first in the opening match of the series.
"Despite the dew our batsmen could not hit the ball hard. We decided to field first, keeping in mind the weather condition," he said.
Teams from:
PAKISTAN: Sarfaraz Ahmed (captain/wicketkeeper), Ahmad Shahzad, Fakhar Zaman, Babar Azam (vice-captain), Haris Sohail, Umar Akmal, Asif Ali, Faheem Ashraf, Iftikhar Ahmed, Imad Wasim, Mohammad Amir, Mohammad Hasnain, Mohammad Nawaz, Shadab Khan, Usman Shinwari, Wahab Riaz.
SRI LANKA: Dasun Shanaka (captain), Minod Bhanuka, Wanindu Hasaranga, Nuwan Pradeep, Oshada Fernando, Avishka Fernando, Danushka Gunathilaka, Shehan Jayasuriya, Lahiru Kumara, Lahiru Madushanka, Angelo Perera, Bhanuka Rajapaksa, Kasun Rajitha, Sadeera Samarawickrama (wicket-keeper), Lakshan Sandakan, Isuru Udana.
Source: Dawn

Gilgit [PoK], May 26 (ANI):The tourism industry of Gilgit Baltistan is bearing the brunt of the lockdown imposed in the wake of the rapid spread of the Coronavirus pandemic. 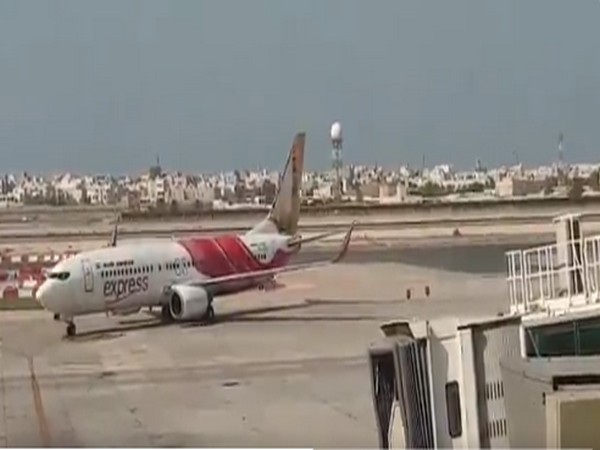